The Faculty of Humanities/Film and Theatre Studies

My second outing on sabbatical leave at the then college of education Rumuolumeni Port Harcourt gave me the opportunity under the provost of the college the late Professor Emeyal Dienye to teach Modern Africa Drama and Theatre in education to over three hundred students in the faculty of Humanities, Department of English studies.

To facilitate the process, I divided the class into groups and urged each group to produce a play on stage in addition to the extensive theory lectures and stage directorial processes. The students in their various groups exhibited seriousness in creativity and improvisation. We worked together and capitalized on the challenge to produce a film titled ‘’change’’ under the leadership of the late Professor Rosemund Dienye Green-Osahogulu and Prof. Joseph B. Kinanee.

Before the arrival of the NUC visitation the Vice-Chancellor asked me to recommend some part time lecturers and adhoc staff. I did, and they were all on ground. With the assistance of the works Department, we converted the car park of the department of educational management to an experimental ‘’Theatre in- the Round’’ with a seating capacity of 200, purchased few lighting and studio equipment, constructed a costume wardrobe and a departmental library. All these and the few proposed staff we had impressed the NUC visitation panel. The result was positive and the department got approval to take off and get ready for a formal accreditation exercise.

The university with the cooperation of the department staff and I took up the challenge of designing and building the seaside Theatre which made a successful impact during the first NUC Accreditation visit in 2017. The Department was awarded full accreditation. Since then the Department has admitted students and has matured to the final undergraduate level. The pioneer students are expected to graduate this year. Post-graduate programmes have also been proposed for the Department.

The programme of the Department of Theatre and Film Studies is built on the philosophy of equipping students with intellectual knowledge, appreciation of aesthetic and cultural values through Theatre & Film Studies in theory and practice. It centres on the principle of entrepreneurial skills and the use of theatre and film arts for nation building.

Prof. Henry Leopold Bell-Gam (Dip, BA, MA, DEA, Ph.D (Paris)
He is a professor of Directing. He also specializes in playwriting and African Traditional Performance. Prof. Bell-Gam is widely published in both local and international journals. He is also a highly subscribed arts and culture consultant in Nigeria and beyond. He is the pioneer Head of the Department of Theatre and Film Studies, Ignatius Ajuru University of Education. He teaches directing, theatre management, movement and choreography and aquatic theatre. 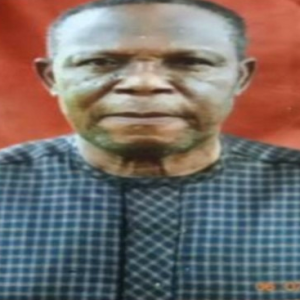